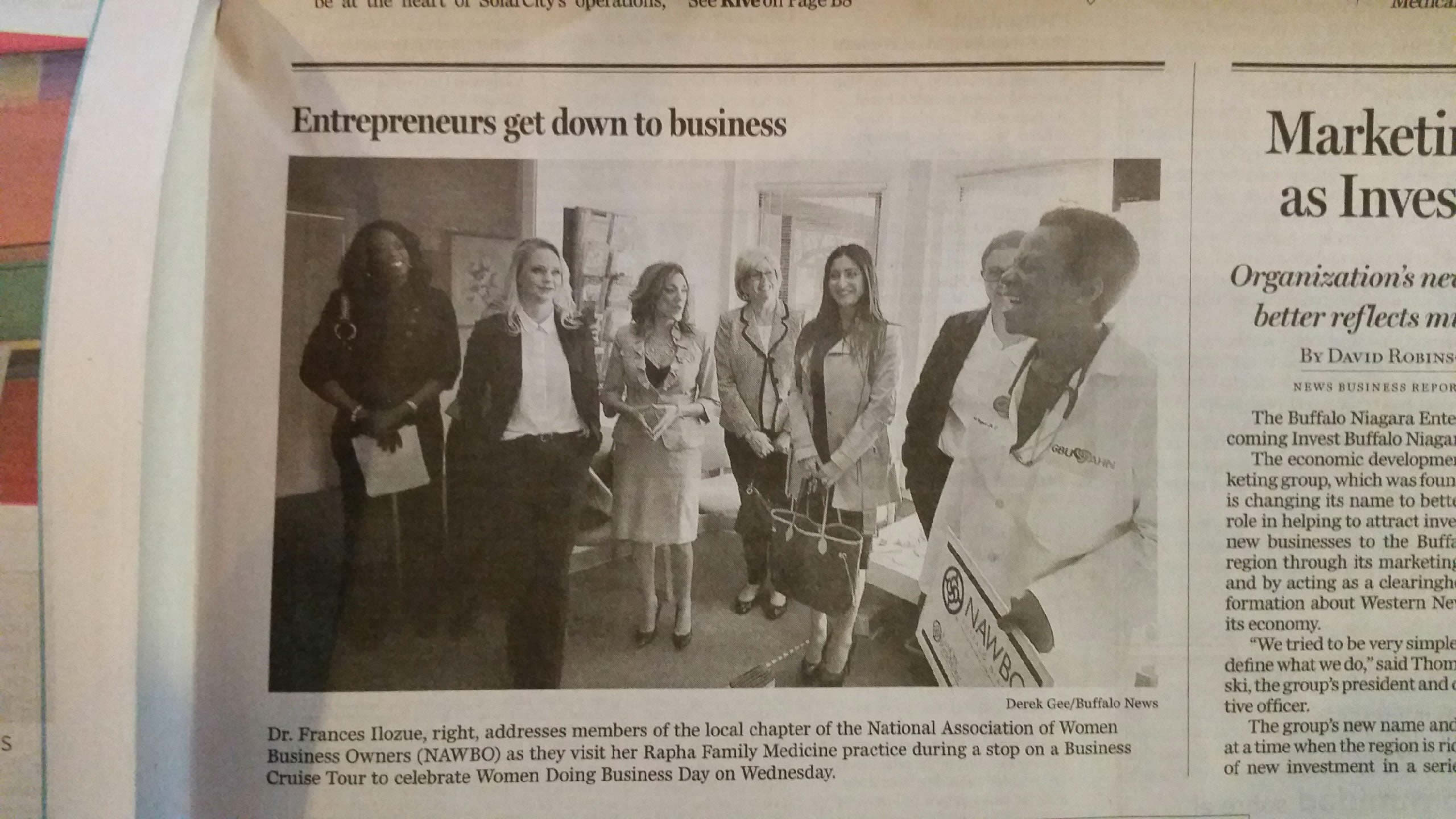 March 9, 2016, started out with a Press Event at Ingersoll Painting and Construction at 9:00 am. A number of members from the local chapter of NAWBO in Buffalo gathered as well as representatives from the local press. The Press Event was held in collaboration with GM Tonawanda Engine Plant highlighting women business owners. The day was declared for women and minority business owners and their contributions to the economic development of the city and region.

Ramsey continued with a quote from Iyanla Vanzant: “The way to achieve your own success is to be willing to help somebody else get it first.”

Ramsey said: “I came to this country 10 years ago with a dream of owning my own business. As a woman immigrant and business owner I did not know where to start… I was lost a long time, without support or an extended network. After all, what do you do when everything around you is new and foreign? Then I found a home. It was in the local chapter of the National Association of Women Business Owners – a network of women business owners who offered their friendship and support. They believed when no one else believed… and that is why we are working so hard to create that atmosphere for other women entrepreneurs.”

are business-savvy and smart.

NAWBO’s National CEO Jen Earle stated: “Being a female entrepreneur can be an isolating experience, as I can attest to myself, but when women come together to support and celebrate one another, we can learn from each other and see the impact women business owners are having on economic development across the nation. This union and support among female entrepreneurs is another step forward in building an economy where minority business owners are supported at the highest level,” said Jen Earle, CEO of the National Association of Women Business Owners.

After the press event, the members went on a GM Business cruise in GM cars provided by our presenting sponsor General Motors. The cruise took members to two businesses who are members of NAWBO: Rapha Medical, owned by Dr. Frances E. Ilozue, and Thruway Fasteners owned by Michele Jenkins. After those visits a lunch was hosted by General Motors Tonawanda Engine Plant. The NAWBO members got to meet Steve Finch, the Plant Manager and his women affinity group.