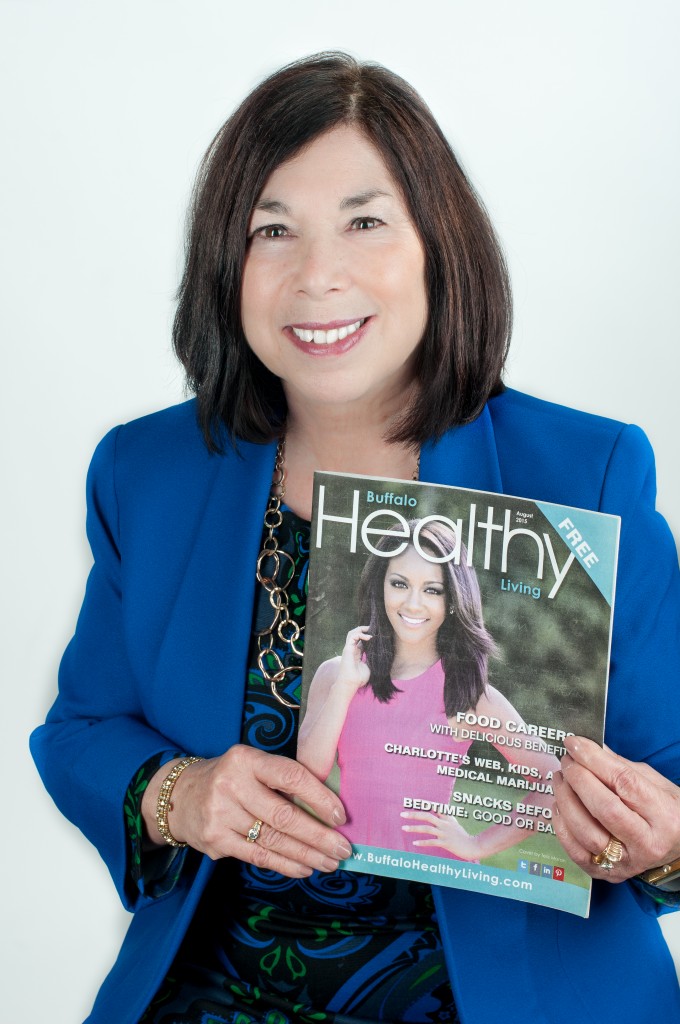 When Annette was approached in 2010 with the opportunity to manage and eventually own a magazine, it was nothing she had ever imagined. However, she literally owned her role and responsibility for the growth and development of the magazine, right from the start. She says, “It was initially scary to think about owning a business, and daunting to think about being responsible for producing a high-quality magazine every month.” But the magazine, which was initially 16 pages, has now grown to 48 pages and is read by more than 100,000 readers every month.

So who reads Buffalo Healthy Living Magazine (BHL)? A recent audit by the Circulation Verification Council (CVC) revealed BHL is widely read, loved, respected, and appreciated. The CVC survey demonstrated that the majority of BHL readers are between the ages of 35 and 65, they are highly educated and affluent earning between $50,000 and $150,000 per year, 76% have a B.A. degree or higher, 65.5% read the print version, 36.8% read the digital version, and 59% keep the magazine in their homes and offices for more than one month.

Annette’s passion for the wonderful initiatives taking place in our community is contagious, and says the best part of her day is meeting and talking to the people responsible for those initiatives. Originally an English major and Education minor with intentions to teach, Annette likes to remind people that while it is important to remain focused, it is also important to be open and flexible. She says, “Often, you start out on a certain path, only to find that life takes you in another direction.” Her favorite poem is The Road Not Taken by Robert Frost.

Annette was thrilled to be honored this year by Business First as A Woman of Influence, and Buffalo Healthy Living Magazine was one of several nominees of the P2 Collaborative of WNY to receive a Spotlight on Population Health Award